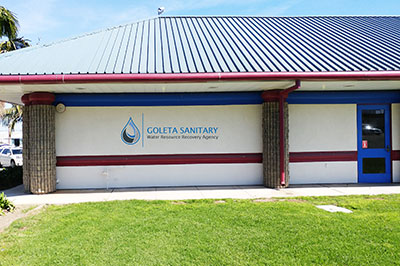 Each of the five governing board members is elected at large and serves a four-year term. Terms are staggered and elections are held in November of even-numbered years. Candidates must be United States citizens, at least 18 years of age, and reside within the boundaries of the Goleta Sanitary District. Election procedures and deadlines may be obtained from the Santa Barbara County Elections Division located at 4440-A Calle Real, Santa Barbara, California 93110, or download here from the Assessor's website.

As part of the District’s commitment to Excellence in Board Governance, in April 2018 all board members of the Goleta Sanitary District were awarded certificates of completion of the California Special Districts Association's three-day Special District Leadership Academy. This is one of the requirements for the District to be recognized as a District of Distinction. This honor is bestowed on districts, their boards, and executive teams for committing to transparency, having sound operating practices, completing comprehensive governance training for the entire board, and receiving certification of the general manager in administration and governance best practices. The Goleta Sanitary District earned the Certificate for Excellence in Transparency in 2017 and was awarded the prestigious District of Distinction Platinum level in Fall 2018, demonstrating a comprehensive approach to excellence in district administration and governance. These awards reflect the level of commitment and dedication to proper governance and transparency at the highest levels by the District's Board and staff.

Goleta Sanitary District's Board of Directors

Elected to the Board in November 2020 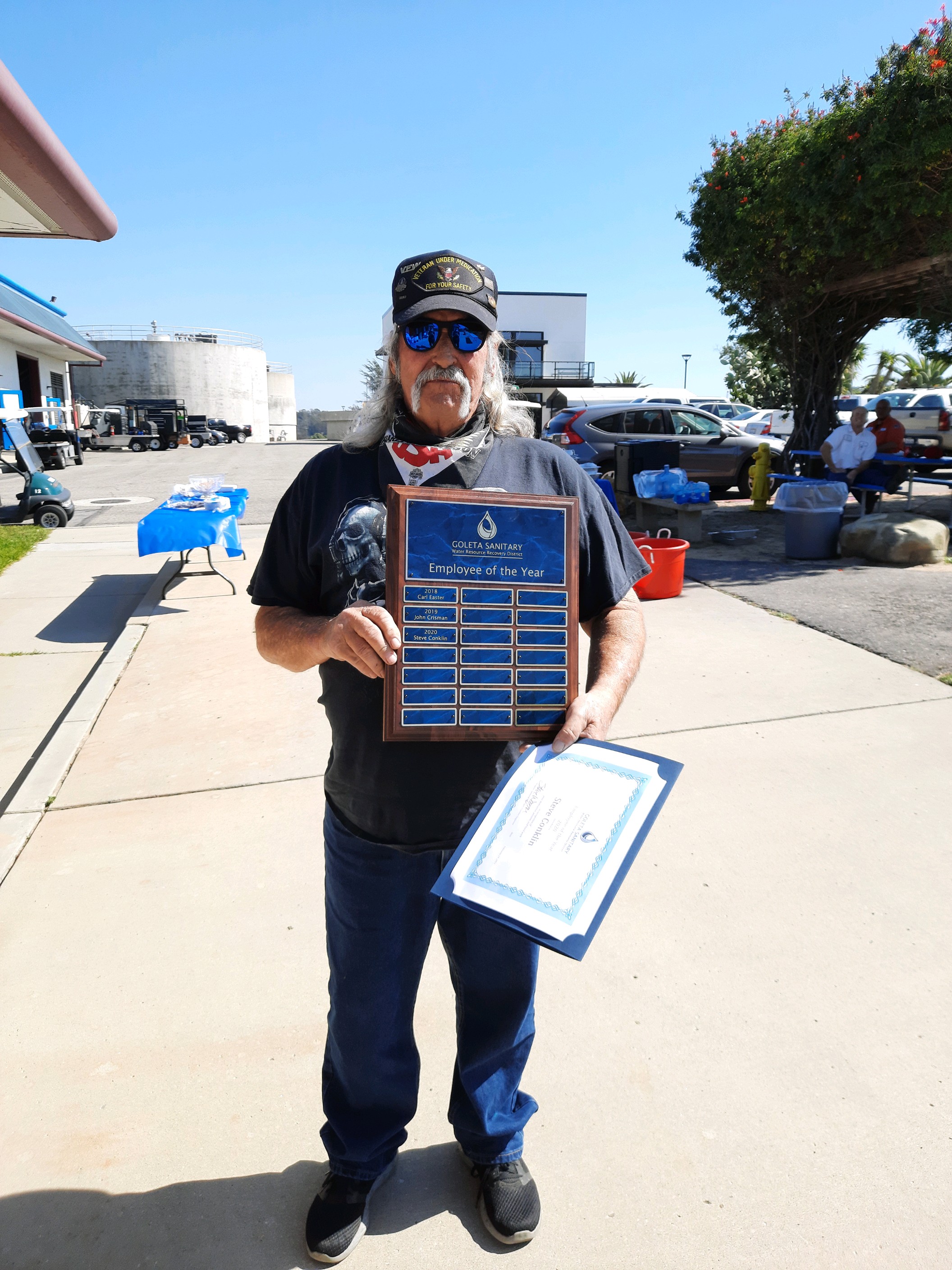 Employee of the Year

Steve Conklin has been selected the 2020 Employee of the Year! His selection was announced at the February 24, 2021, Employee Year-End Celebration luncheon.

This well-deserved recognition went to Steve Conklin for a number of reasons. His recommender said, "Steve is always reliable to operate the plant consistently to produce compliant effluent discharge. He has an extremely high work ethic and is constantly busy while at work. Steve is very respectful to plant visitors, his coworkers, and members of management. He diligently follows instructions for laboratory procedures as they change.

Steve is very pleasant to his coworkers and he consistently wishes them a good day and offers his assistance for anything, if needed. Steve takes on responsibilities in addition to operations at the plant such as caring for the mosquito abatement chickens, performing various landscaping tasks, and creating the fantastic pipe pots that adorn the entrances to the treatment plant. 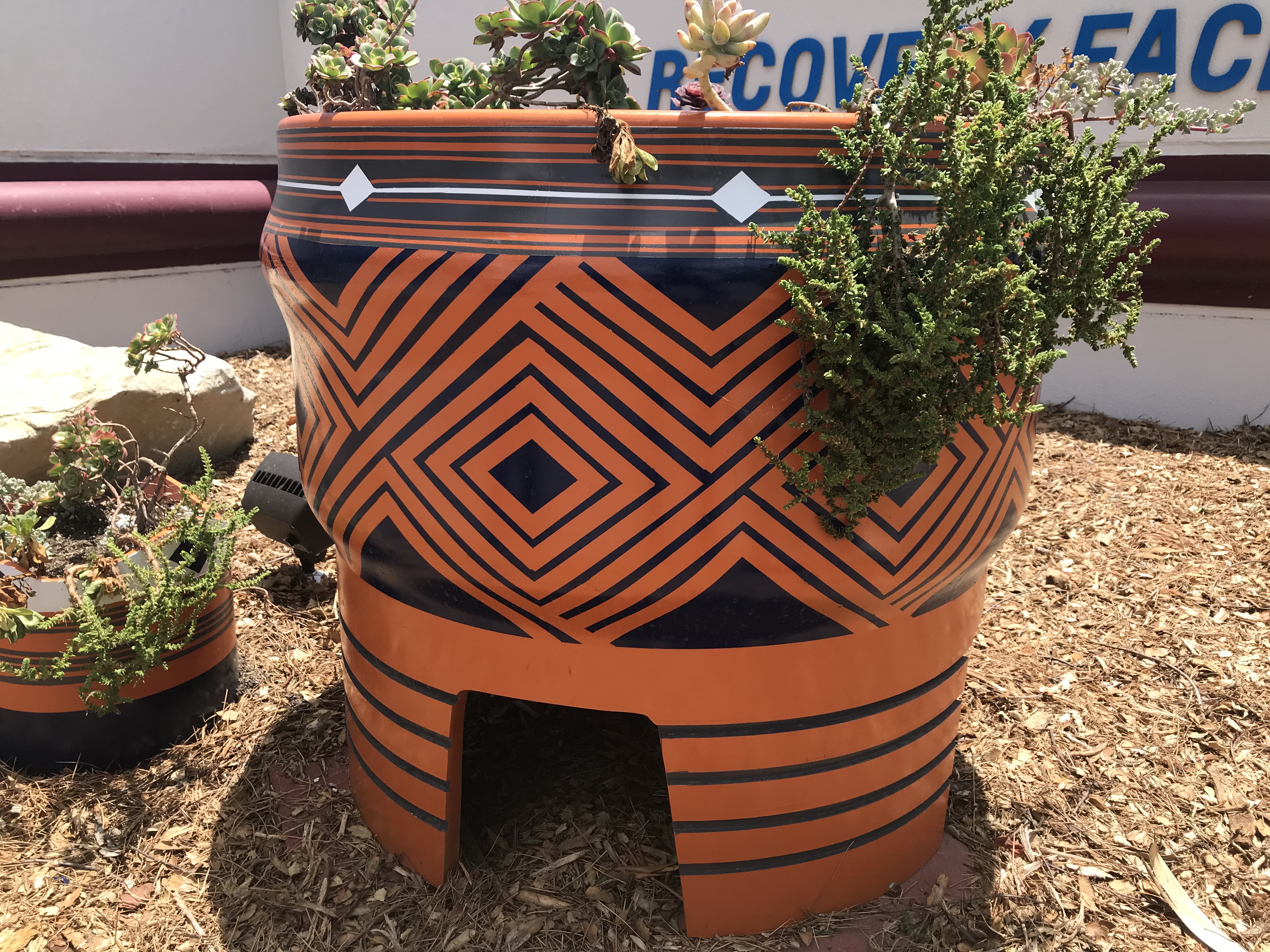 He is always willing to help other members of his department and members of other departments without hesitation or complaint."

Steve will have been with the District for 33 years as of June 28, he started back in 1988 and has the longest tenure of any employee currently working at GSD! We congratulate him on his years of service, work accomplishments, and his award as Employee of the Year.” 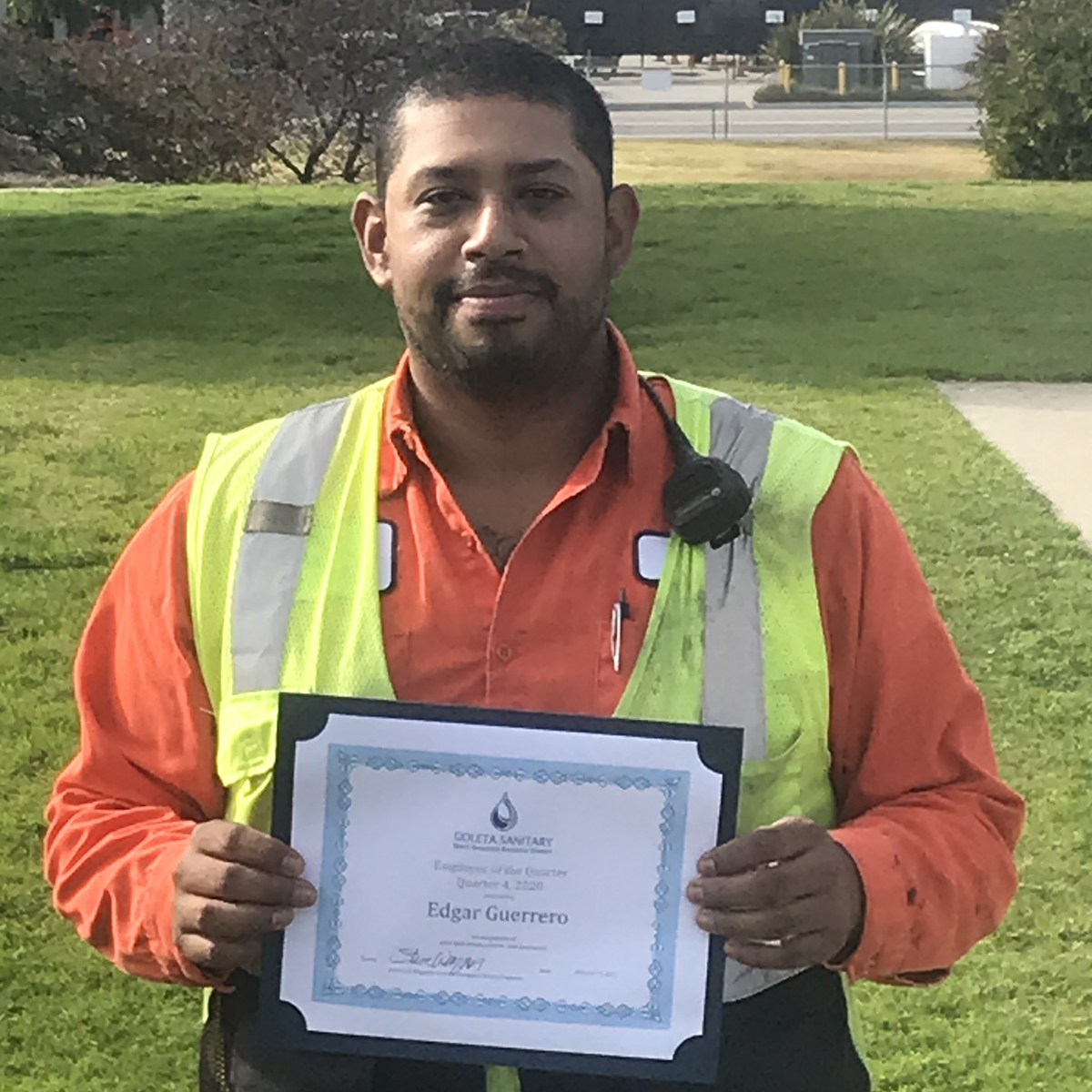 Employee of the Quarter

The Employee of the Quarter for Q4 2020 is Edgar Guerrero, Collection System Tech I. His nominator writes, “Since Edgar has started working here, he has always had a great attitude. I don't think I've ever seen him have a bad day. He is always willing to help with whatever task is at hand without any hesitation. When we are out in the field, he represents the district very well being polite and courteous with customers when they have questions or concerns. He takes great pride in his work and goes to great lengths to get the job done in a timely and professional manner." Congratulations Edgar on this well-deserved recognition!

Vision: To be the Region’s Leader in Water Resource Recovery through Excellence and Innovation.

Values: We value our Community, the People we Serve, and the Environment we Protect by: Acting with Integrity, Being Dependable, Being Responsible, Being Safe and, Being Innovative.